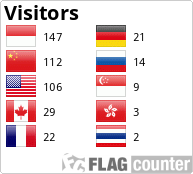 The rising volume and variety of intercompany transactions and transfer pricing regulations, accompanied by increased enforcement activities worldwide have made transfer pricing a leading risk management issue for global businesses.

In particular, the Australian Taxation Office (ATO) has continued to stress its focus on transfer pricing and is currently considering adjustments which, in aggregate, amount to billions of dollars.

The ATO has recently released guidance on the application of Australia’s transfer pricing rules. The guidance is in the form of various draft taxation ruling and practice statement which sets out the ATO’s views on:

- Its power to reconstruct transactions between related parties - TR 2014/D3

What this means to your Organisation?

The major concern for most foreign companies doing business in Australia is with the ATO’s power to reconstruct transactions. TR 2014/D3 confirms the ATO’s intention to disregard transactions entered into by entities where they are not ‘commercially realistic’ or where, in the ATO’s view, independent entities would not have entered into them.

TR 2014/D4 and PS LA 3673 require taxpayers to do much more than was necessary under the old transfer pricing rules and due to the self-assessment basis, the is onus on taxpayers to show how they have applied the rules.

PS LA 3672 confirms that penalties for taxpayers getting transfer pricing wrong are steep and that the guidelines for remission are tougher than under the old rules. Taxpayers that have no supporting transfer pricing documentation at the time of lodging their tax returns are automatically exposed to a higher minimum base penalty amount of 25 per cent, with no chance of remission.